PI reporter Claudia Rowe has an outstanding story today that documents the court appearance of Eric Sanford, an alleged leader of the Deuce 8 gang. He faces a weapon violation stemming from a November traffic stop where police found a Ruger pistol.  He was barred from owning a gun after a 2007 conviction for cocaine possession.

There’s a lot of interesting color in the article, including this passage that describes his celebrity status among some of the kids at Garfield:

School was just getting under way in September when Ted Howard, the principal at Garfield High, noticed a disturbing thing: Dozens of his students were congregating outside the building, jockeying for a chance to shake hands with a young man lurking across the street.

There was no resistance, just a parting comment: “When your kids cross the street,” the stranger said, “they’re mine.”The man Howard confronted that autumn afternoon was Eric Sanford, 21, a high school dropout whom investigators describe as a leader of the Deuce 8 street gang, which is based in the Central District and suspected in several recent youth shootings.

I did some digging on MySpace and found one of the photos that is referenced in the article: 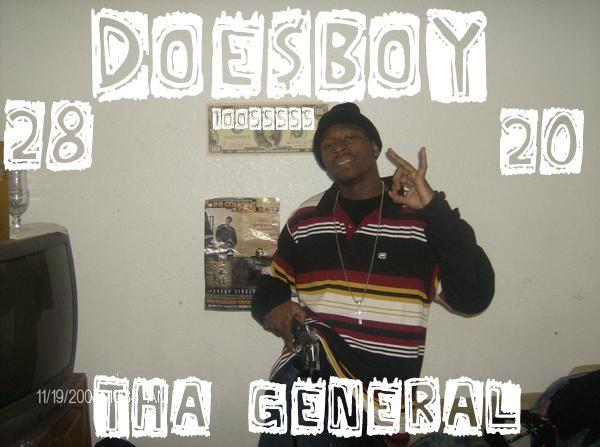 We’re also trying to find out more about his background. Stay tuned for an update tomorrow.

Make sure you go and read the whole article.  It’s a perfect example of why we can’t let our daily newspapers go under. Neighborhood bloggers such as yours truly will never have the time and frankly the skills to research and assemble a story of that quality.

Update:  I did some digging in court records and found that Mr. Sanford has two prior felony convictions for car theft and cocaine possession.  The drug charge stemmed from three buy/bust operations on different days of December 2006, where witnesses working with police bought $220 worth of crack from Sanford in front of Parnell’s grocery at 23rd S. & S. Dearborn. He ended up pleading guilty to that charge and was fined $500 and given 12 months of confinement.

His most recent brush with the law occurred on November 11th of last year when an officer saw a gray ’87 Caprice make a rapid turn from Cherry onto 13th, narrowly missing another vehicle.  Sanford was a passenger in the back seat, and at the time was in violation of his probation for the 2006 cocaine conviction. When he was removed from the vehicle, a fully-loaded silver handgun was left behind in the seat.  Police also found a baggy with crack cocaine on the floor in front of Sanford’s seat in the vehicle.

Mr. Sanford was arrested on the weapons charge and admitted during questioning to being a part of the Deuce 8 gang.