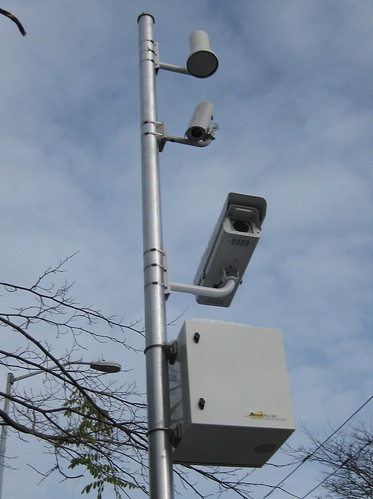 Red light runners beware: The city has installed two new ticket-taking red light cameras at the borders of the neighborhood.

One, which is already active, is on James St. at 9th.

The other is at 23rd E & E. John and will go into service by the end of the month.

And CHS had a good question: does someone get a ticket every time there’s a flash from the camera?  According to SPD’s Renee Witt, no.  The cameras have automated test and calibration sequences that can cause a flash even when there’s no infraction.

It also looks like the pole at 23rd & John has a video camera mounted to it.  Maybe it will be added to the statewide list of traffic cameras, thus multiplying our options for neighborhood news gathering…