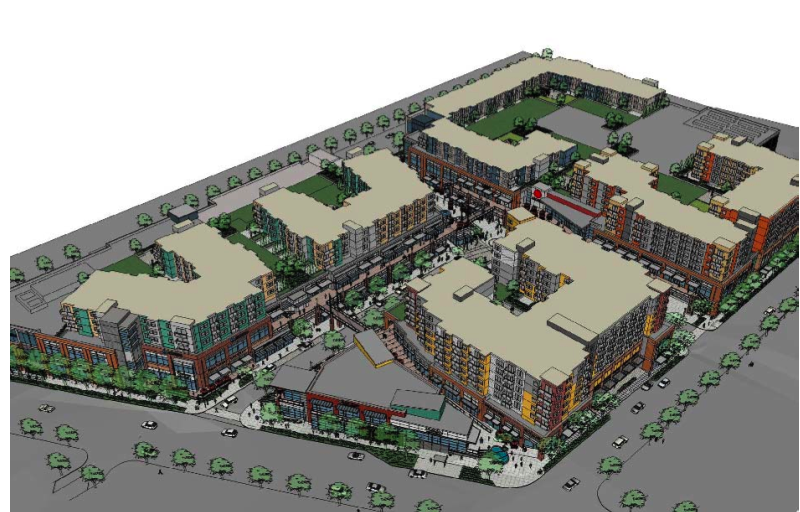 It’s been a while since we talked about Goodwill in the property development sense vs. the frequent-target-of-shoplifting sense.

Here’s a quick summary of the history for those that haven’t been following the issue:

A key part of that last piece is that only some of the original opponents have been brought on board with the plan. To be frank some were bought off with jobs, traffic mitigation funds, and/or community development funds, and some were not. The others, including the board of Squire Park, are still opposing the project.

This past Saturday members of the Squire Park community group got an update on where things stand from Bill Bradburd, a community leader in Jackson Place and a long-time opponent of the project. His main objection is the auto-oriented nature of the project, and says that the thousands of parking spaces and vehicle-centric big-box retail will choke already congested streets such as Rainier & Jackson, plus throw all sorts of new traffic onto small neighborhood streets in the area.

He’s filed an appeal of the hearing examiner’s approval with a claim that the examiner didn’t consider all of the testimony in the case, including that from urban planning academics, economists, and air quality scientists.

He also says that there’s a fundamental problem with the request for a rezone to NC, or Neighborhood Commercial, which is designed to provide the small-scale shopping areas for the use of a neighborhood, typically accessible to pedestrians and via local transit.  He argues that the scale of this project and its automobile-centric nature puts it up in the Commercial zoning category, which is more regional in nature, has very different rules, and is typically placed at a distance from residential neighborhoods.

I put in a call to Darryl Vange, the project developer, to get his comments on these points, but haven’t heard back yet.  I’ll update this if I do.

Personally, I’ve gone back and forth on this project. I do make the occasional shopping trip to stock up on bulk items like toilet paper (and in fact made a trip to Costco this morning to do so). So it would be nice to have a Target on the edge of the neighborhood that would be closer than Northgate or West Seattle.

But I do wonder if we’d be approving a project that was designed for a different era and a different kind of place than what we have here in an urban neighborhood in Seattle. Big & medium-box stores are going out of business left and right, and the uncertain future of gas prices makes an automobile-centric shopping development seem similarly dicey. And there’s a serious chance that a big project like that could stunt the growth of our existing little commercial districts here in the heart of the neighborhood.

Whether you are pro- or con- on the project, there’s a hearing about it at 9:30am tomorrow morning with the city council’s development & planning committee.  There’s no opportunity for public testimony, but interested observers may want to show their presence in the audience.