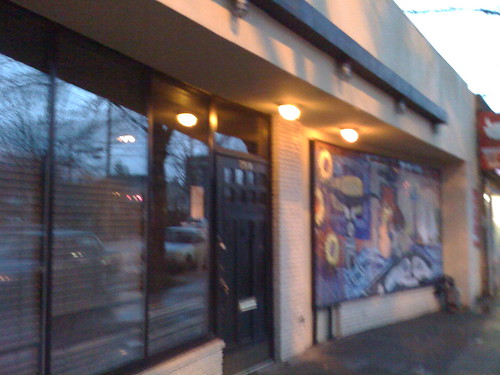 Remember back in July when the city permitting process kept us from getting a nice little restaurant and bar at 25th & Union? It’s happening again, but this time there’s different agencies involved.

I know I was one of many people looking forward to the Twilight Exit’s move over to 25th & Cherry. But I got an email today from Stephan, Twilight’s owner, saying that it may not happen at all now due to the actions of the Seattle school district.  They’ve filed a formal objection (attached below) to the Twilight’s application to move their liquor license to the new location due to its supposed proximity to Garfield.  State law gives them that option for any liquor application within 500 feet of a school or church.  (you’ll note that the Twilight’s proposed location is 987 feet from the closest door of Garfield.  Not sure how that gives the school veto under RCW 66.24.010(9))

This is beyond bogus.  This neighborhood will never develop any of the necessary amenities of urban life if this kind of thing is allowed to persist.  You can’t walk a block around here without passing a school or church of some sort.

Looking forward to getting something at 23rd & Cherry?  Never gonna happen.

Want to see a bigger business district develop on Union?  There’s any number of churches and schools around that could prevent it with a simple written request.

And what is so overwhelmingly silly about all of this is that we have a multitude of utterly crappy, crime-prone, blight-on-the-neighborhood convenience stores that have liquor licenses and sell all sorts of alcohol to all comers. And they never seem to lose their licenses no matter what they do.  For example, the AM/PM at 23rd & Cherry has been a horrible neighbor to everyone within 4 blocks, and it’s more than 100 feet closer to Garfield than Twilight would be. Where do you think it’s more likely that a high school kid will get some booze:  at a well-run neighborhood bar & restaurant, or at a demonstrably poorly run convenience store? Added: The Tana Market convenience store has a liquor license and it is in the same building that the Twilight wants to move in to!

Plus, where does the school district get off trying to throw their weight around about what goes on in our neighborhood?  After two years of non-stop construction at Garfield that we all had to endure?  After the crime that a few Garfield students and hangers-on have inflicted on neighbors around the campus?

It’s time to make all of our voices heard.  Call, email, and snail-mail everyone involved and tell them you support the Twilight as a great neighborhood business and want to have some adult dining and entertainment options in your neighborhood: 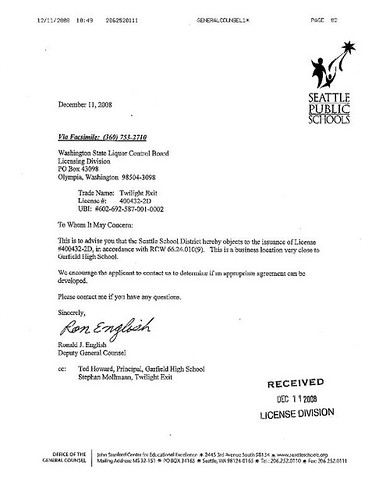 0 thoughts on “Time To Fight: Bogus Rules Limit Dining in the CD”