It has seemed like a worse than usual year here when it comes to crime.  Between the high profile homicides and the burglary spree, I’ve been assuming that the overall level of crime was measurably worse than 2007.

But so far there hasn’t been a quantitative way to prove it.  The police department switched to a new reporting system at the beginning of the year, making detailed crime reporting unavailable to the public until earlier today when they released stats on the first half of 2008.

Numbers for the east precinct show declines in all categories when compared against the first 6 months of 2007: 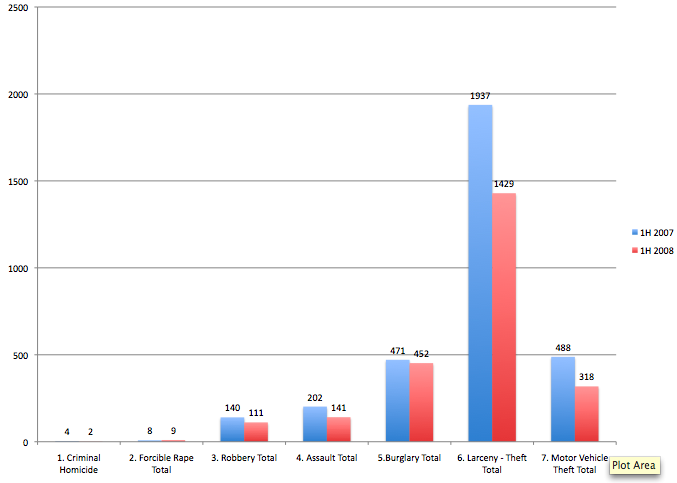 Note that the change in the reporting systems makes precise year over year comparisons difficult.  But we’ve double checked all the numbers and matched up the boundaries of the old system to that of the new to come up with what we think is accurate to within a few percent.

The big question:  what are we going to do about all of these neighborhood bloggers who have given everyone the wrong impression about crime around here?