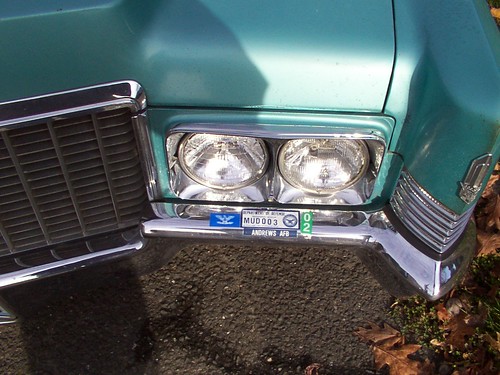 Curbside In The CD: I pass this car every day but hesitated photographing because I did not want to upset the proud owner. In the year or so I’ve lived in the CD, I have not seen this ship of the streets move. The tabs are current and the car looks to be in excellent condition. So either the owner has lost the desire to drive it or it may need some simple tune-uppy items to get it rolling again. How many of you have sheepishly walked up to the home of this car’s owner and made an offer?

What we have here is a 1969 (maybe 1970) Cadillac Sedan de Ville. I don’t need to look into the crystal ball of Wikipedia to sprinkle some data in this article because I once owned a 1969 de Ville! It came with a 472 cubic inch motor that generated nearly 400 horsepower. That’s 7.7 liters Central Districtonians; forget about those Chrysler 300Ms with 22 inch rims and Buick Regals because nothing on the road is this awesome. This car does not have a B-pillar either, so you had a wide open space with all the windows rolled down. I drove mine very tenderly because I did not want to break anything. This soft driving returned fuel mileage of 12 to 14 mpg. Not too bad for a car that has the equivalent of 4 Toyota Corolla motors.

This de Ville has a parking pass to Andrews Air Force base in Maryland. That is where the Government keeps Air Force One. Maybe this car was driven by the highest ranking general of all time or the pilot of the plane that flew Nixon to China. 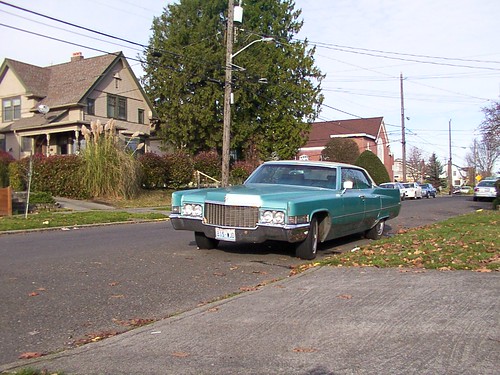 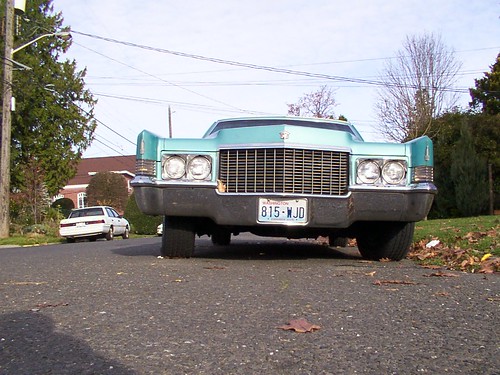 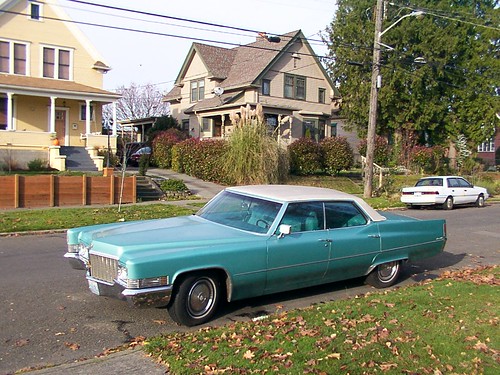 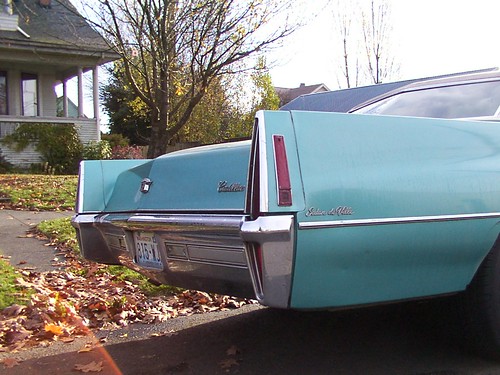 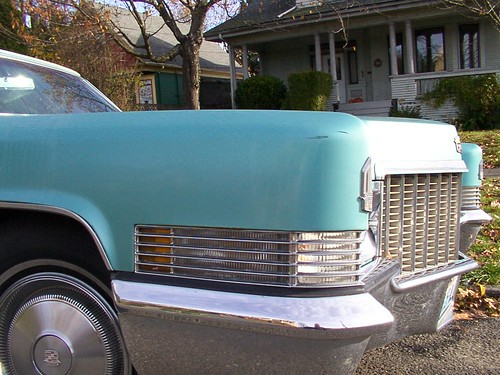