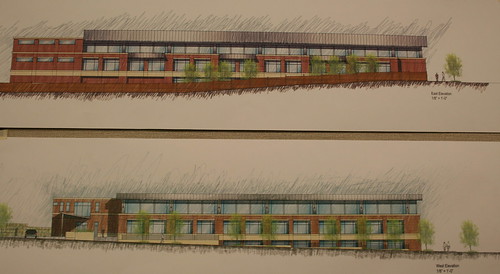 Tonight the Swedish/Sabey Citizens Advisory Committee voted to recommend that the city force the Swedish Cherry Hill developer to go through a more serious level of review before they can proceed with their proposed project along the east side of 18th Ave.

A large number of neighbors showed up to listen in and have their say on the project.  There were several homeowners and renters who live on 19th Ave between Cherry & Jefferson who are not too happy at the prospect of having two big new buildings with 135,000 square feet of space and parking for 344 vehicles right on the other side of their backyard fences.

Neighbors were also very suspicious of Sabey’s acquisition of two single-family residences along 19th, outside of the boundaries of the existing campus. Sabey representatives insist that they intend those to only be residential investments, but several people expressed a pretty logical fear that Sabey is actually angling to buy out the entire block and will some day try to rezone the properties for hospital use.

Sabey also presented some architectural renderings of what the buildings will look like, and even some opponents were complimentary of the quality of what they’ve come up with.  They include a lot of brick to match the old Providence buildings, and include fairly generous set-backs on the east side facing the residential properties.  Plans also call for the installation of mature trees and other landscaping that they hope will soften the overall impact of the project.

Development on the hospital campus is governed by a Major Institution Master Plan (MIMP).  That’s basically a complicated part of the city code that aims to get big institutions to work with local citizens to get a win/win for development.  The current MIMP goes back to the 90s when the whole thing was owned and operated by the Sisters of Providence, and was put into place specifically because of friction between the hospital and their neighbors over the creeping expansion of the campus.  Back then, neighbors thought they had agreement that development along 18th would be a gentle transition between the big buildings and the single family houses to the east.  The plans specifically called for things like a daycare center, a gym, and an inn to serve patient’s families.  The current designs replace all of that with two large office buildings that neighbors feel is hostile to the character of the surrounding neighborhood.

The technical issue at hand was whether the developer could get their new building along 18th built as a “minor amendment” to the MIMP.  If so, they’d only have to go through the normal permitting process to get the project built.  If not, it would be classified as a “major amendment” that would take things to a different level, possibly giving neighbors more leverage to get alterations to the design or require new amenities to balance the overall impact. A determination for a major amendment could also force Sabey to draw up an entirely new MIMP in consultation with the community before doing any additional development.

The next step is for the city to take the committee’s recommendation into account in their determination of whether this is a minor or major amendment.  That process is expected to last at least a couple of months. 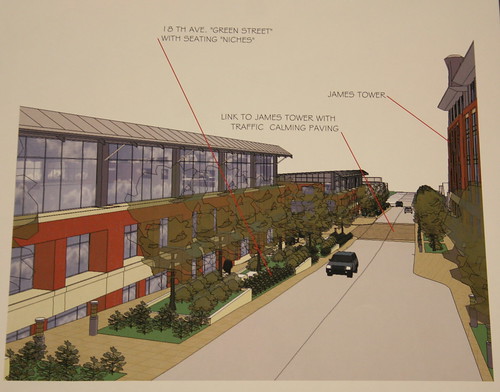 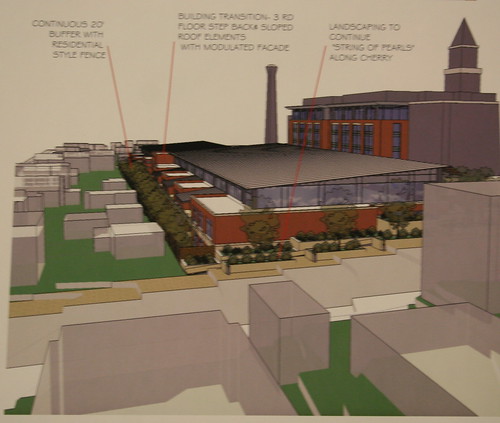 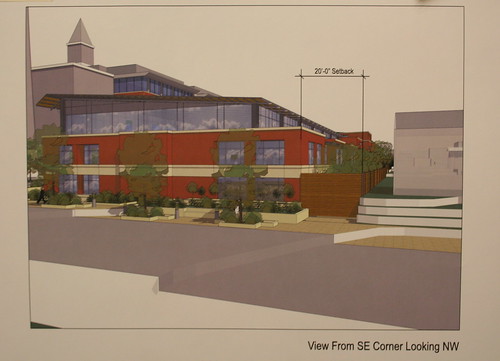 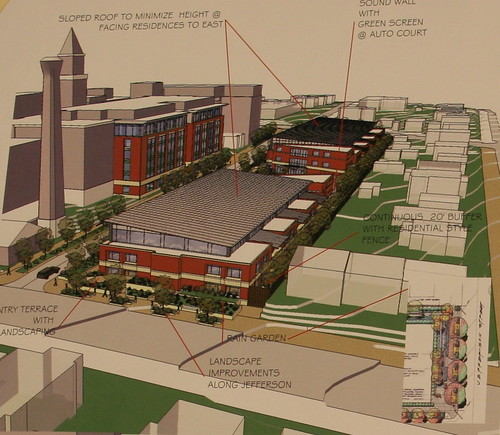 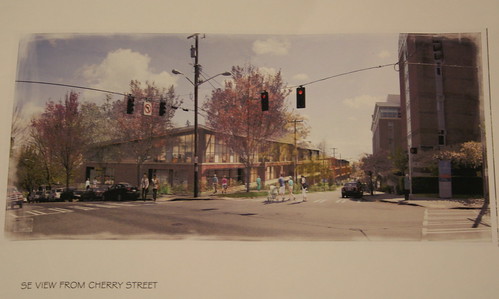 0 thoughts on “Neighbors Say No To Hospital Buildings on 18th”