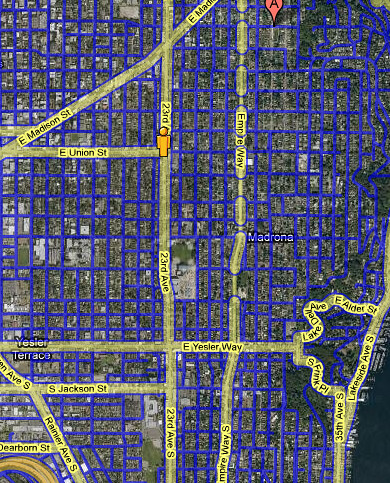 I just opened up Google Maps to research an upcoming story and noticed that there was a new button available for our area:   Street View.   It’s been available in other cities for a couple of years, and earlier CHS reported that the Google camera cars were spotted in Seattle.   Now it’s all turned on for everyone to view.

And boy do they have it covered, as you can see from the screen shot I’ve attached (the blue lines on the map show all the streets that are covered).  Every property on every street is in their system, and now everyone can see your house and how it looked sometime during the summer of 2008.

It’s cool technology and should make some of our work a bit easier, but I can’t shake the feeling that the depth of coverage maybe goes a step too far.    Anyone else feel the same way?

And how many of you can spot the maybe-blurred-out faces of some of your neighbors? 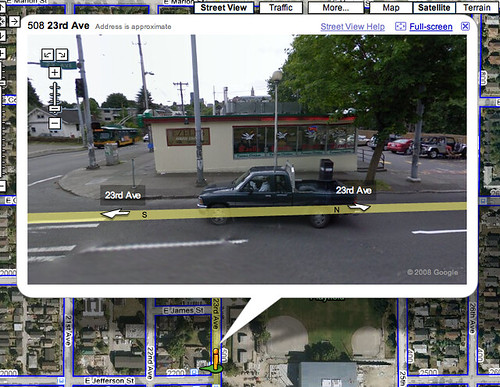 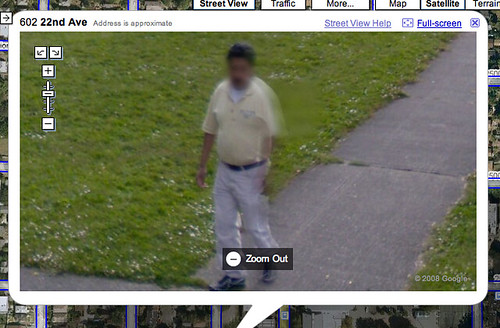 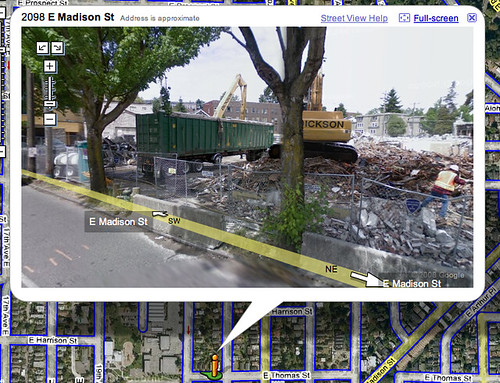 0 thoughts on “Google Street View Comes to the CD”