An exciting new feature on CDNews!  Our neighborhood has a rich history and has seen a lot of changes over the last 110 years.  We’re going to try and illustrate the differences by taking old photos and comparing them to how things are now.  (We owe full credit for the concept to Paul Dorpat, local master of the genre, and new sites like vintageseattle.org)

Today we’ve got the intersection of 23rd & Madison, looking southbound.  The historical photo is from the city’s archives and was taken on April 30th, 1957.  The subject is the streets themselves, with a caption of “Before Channelization. 23rd and Madison. Looking South”.

You can see that the Madison Temple hasn’t changed too much over the years, with the exception of having a turret or bell tower on its western corner that was evidently shaved off at some point.

The top left of the old photo also shows how 23rd used to run as a straight line up to Madison.  That was eventually changed to soften the transition as it approached the intersection, presumably causing the destruction of the old two-story apartment building that is shown on that corner.

The building on the northeast corner was once a lot more interesting than the de-charmed gray and pink version that’s there now. The sign on the awning says “Alleppo Shrine” and there’s a round Coca Cola sign on the corner.

The northwest corner along 23rd shows a row of small houses vs. the light green apartment complex that was built in 1968 and still stands there today.

And I think we can all agree that one improvement in the modern world is that 23rd Ave doesn’t have to live with the profusion of utility poles and their multiple levels of wires. 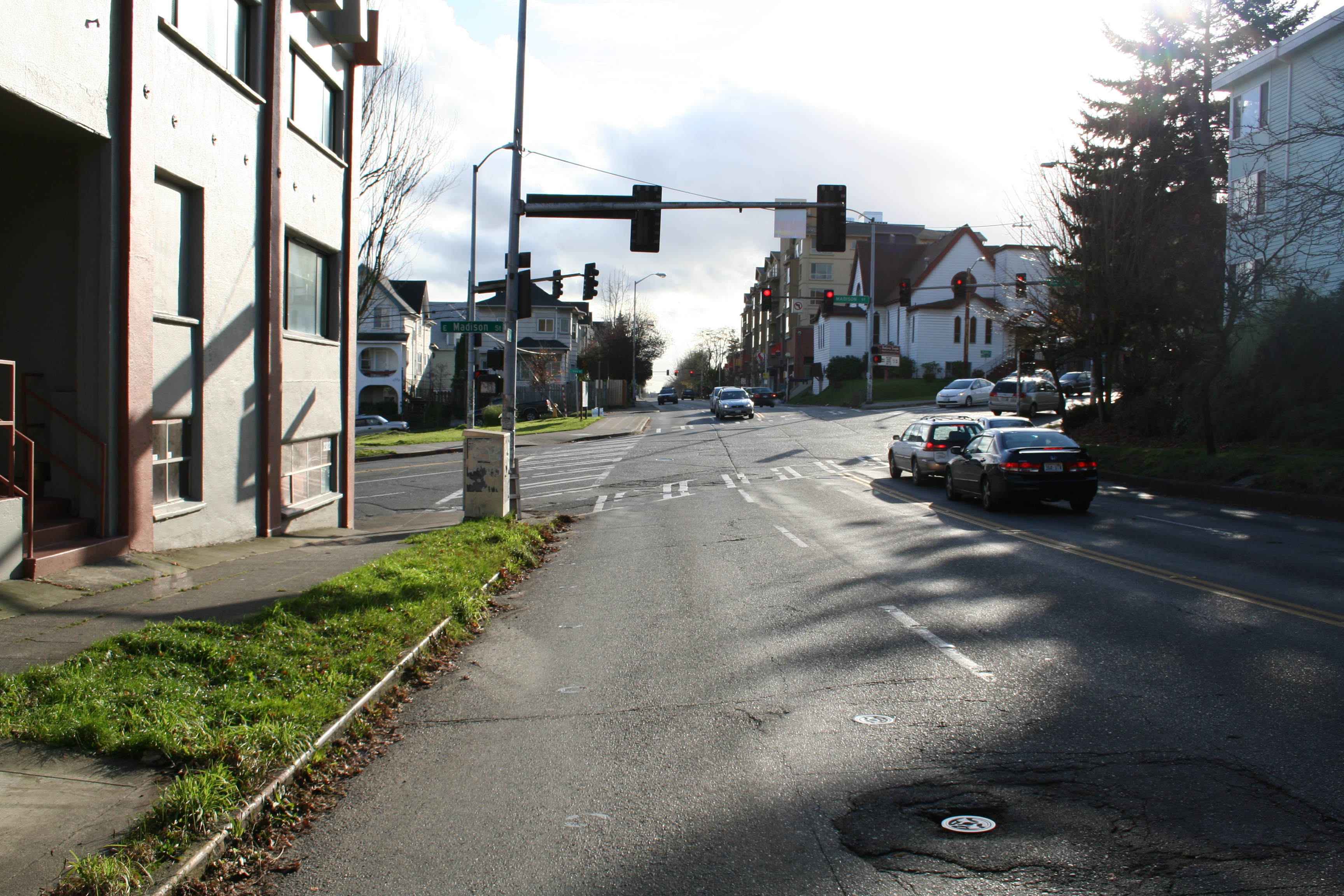 You can find a higher resolution of the historical photo on the city’s website.