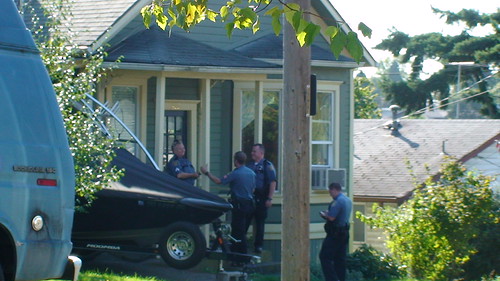 You may have seen this one pop up on today’s scanner report:  a man fired at least two shots at a house just west of 14th & Alder at about 2:30 this afternoon.

A phone call to 911 reported hearing 3 shots from inside a residence in that block.  Police arrived and surrounded the home, but found it to be empty and secured.  A witness at the scene told police she saw a man standing at the northwest corner of 14th & Alder just before hearing two shots.   Police found one spent shell casing on that corner, and also recovered a rolled up pair of jeans with a holster in the pocket in the area.

I rode over and saw a large police presence as they continued the investigation.

The house in question appeared to be well-kept, with a large wakeboarding boat parked in the driveway.  An officer at the scene told me that at least one round actually struck the house.

The suspect in the shooting is described as a male of unknown race, wearing black or very dark blue clothing, possibly in a jacket or hoody, approximately 5’0″ to 5’10” tall, and with a husky build.   He was last seen southbound on 15th.

There was a previous shots-fired incident just a block east of here back in May. 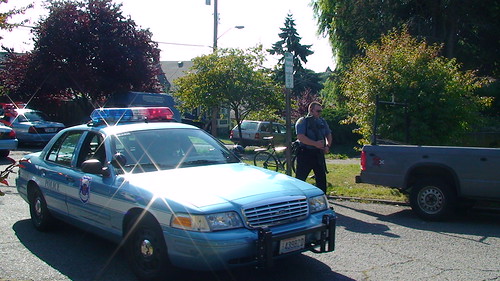 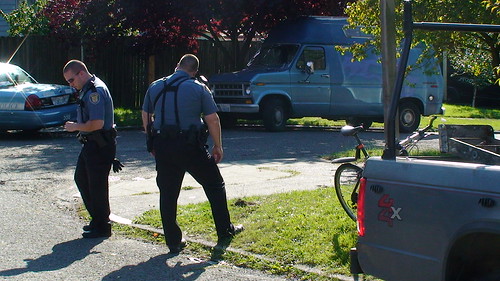