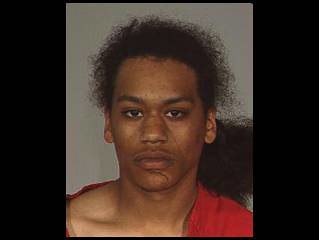 You may have seen this one on the scanner this morning, where two men armed with a gun broke into an occupied house and stole a variety of jewlery, cash, and other items from the female homeowner.    Police say the she was asleep at the time and was assaulted in the process.

Officials have identified one suspect in the shooting and are asking for the public’s help in finding him:

His accomplice is only described as an asian male.

Police warn that the suspects are considered armed and dangerous and should not be approached.  Call 911 or Crime Stoppers (1-800-CRIME-13) if you have any information regarding the crime.