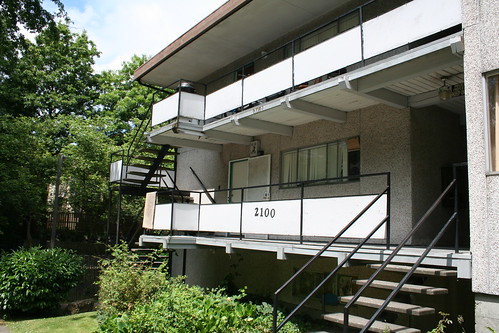 I just heard on King5 news that there’s been a murder in the neighborhood.  Police say that a man called 911 around 9pm tonight and told operators that he had hurt someone inside his apartment in the 2100 block of S. Main St.  Officers arrived, and after contacting the suspect at the scene, they entered the apartment and found an adult female with “obvious stab wounds to her body”, according to Seattle Police Spokeswoman Renee Witt.   Medics declared the victim to be deceased.

The man was arrested by police at the scene without incident, and will be booked into King County Jail for investigation of homicide.   Police believe that the suspect and the victim may have been domestic partners and are working under the assumption that this was an incident of domestic violence.

Update:  This morning at 1:30am, 34 year old Richard Judlin was booked into the King County Jail for investigation of homicide.   A records search matches that name to Apt. 3 at 2100 S. Main.   He doesn’t appear to have a significant criminal history, with only a state employment tax warrant on file from last July in King County Superior Court.

Update 2: More details from the PI:  The victim was a survivor of Hurricane Katrina and suffered from Lupus.