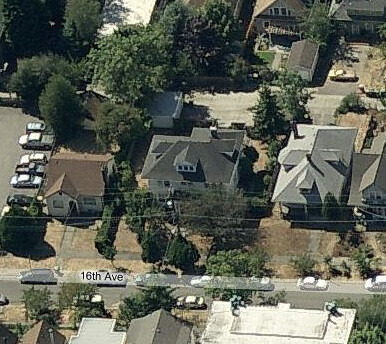 I was walking down Columbia the other day when I saw a small group of neighbors gathered in front of a property in the 700 block of 16th Ave.  They were looking at a pile of splinters that just a few hours earlier was a big, three-story, four-unit home.

According to permits filed with the city, the owner of the property is planning to build a single three-story home with 1,962 square feet of living space and a 350 square foot garage.

That’s not a whole lot of house to fill an unusually large, 9,600 square foot lot, so I’m guessing there’s bigger plans in store for this property.  The key will be to see where they site the new home.  If it’s on one side or a corner, I’d expect to see a future application to subdivide the lot for townhomes.

And a quick note to developers:  when you’re tearing down an old house, can you at least try to salvage some of the stuff inside it?  The pile of rubble included all sorts of valuable stuff, such as classic 5-panel wooden doors that could have been easily saved. 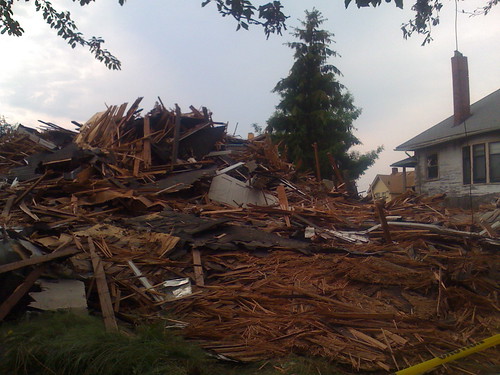