Back in February we mentioned that there was a land use proposal to rezone a row of houses in the 1100 block of 33rd in Madrona, right across the street from Madrona Elementary.    As mentioned in the comments of that original story, the owners of those properties have banded together to sync up their own zoning with that of everything else around them, which is “neighborhood commercial” (NC1-30) instead of their current lowrise multifamily (L2).   The change would allow future development to have about 66% more space in the buildings and allow commercial establishments on the first floor. 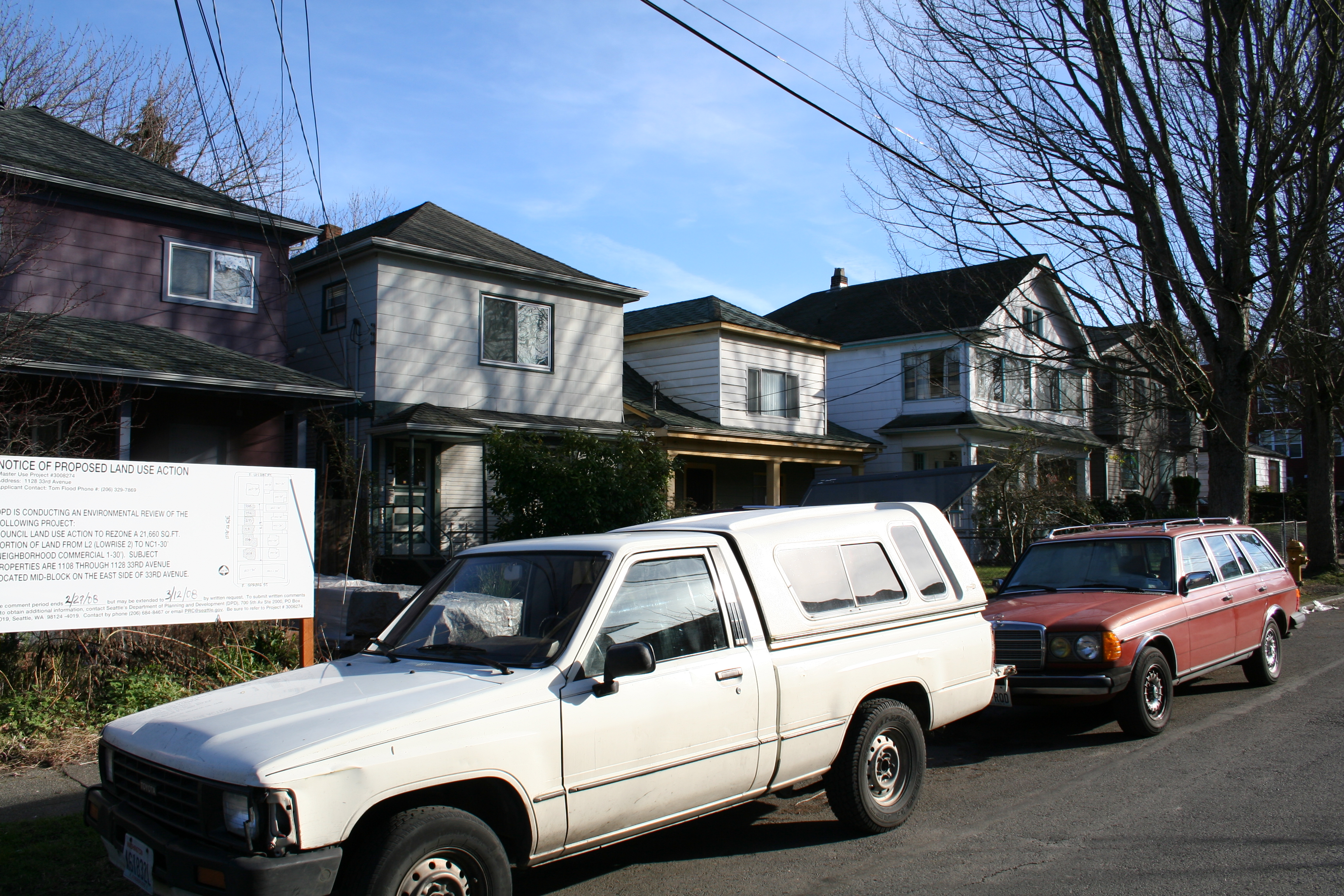 Now we’ve gotten word that the rezone has been recommended by the Director of Planning & Development.  The approval did come with some conditions:

The next step is a public hearing in front of the Hearing Examiner.  If approved at that level, it will require final approval from the City Council.