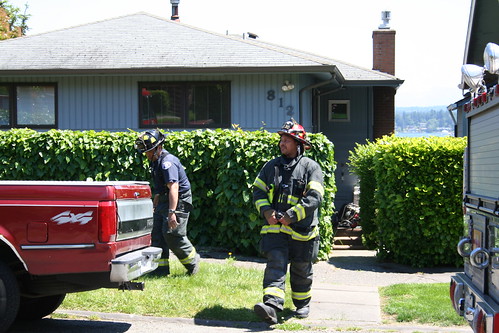 There was a big fire response in the 800 block of 33rd Ave S shortly after noon today when a Leschi resident arrived home to find her house filled with smoke.  She quickly called the fire department, thinking she had left something on the stove earlier in the morning.  But when fire fighters arrived, they found a very different cause:  a old upholstered swivel chair had apparently ignited all by itself and was smouldering in the living room.

Fire fighters grabbed the chair and threw it out into the alley before dousing it with water.  The house was left with smoke damage and a ruined rug that had sat underneath the chair. 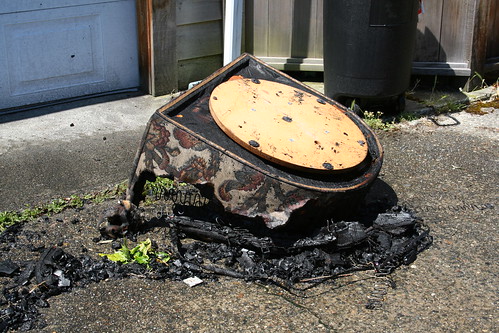