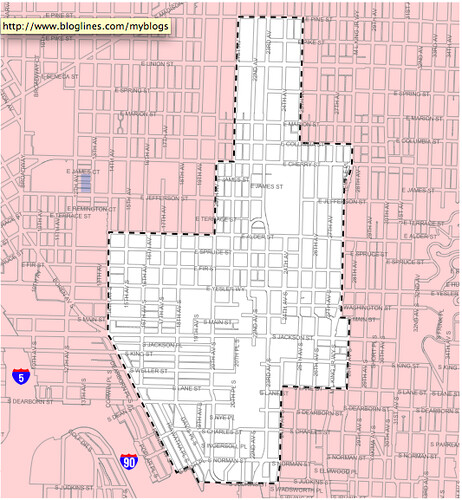 So I was reading this Seattle Times article today about growth and eventually clicked through to this city map that shows the boundaries of the sexily titled “23rd Avenue S & S Jackson-Union Residential Urban Village” (make sure and start using that when asked where you live).

I hadn’t seen this before, and I was pretty surprised by the boundaries, since it includes a lot of areas that are single-family zoned, and excludes a lot of the neighborhood’s multi-family areas that have seen so much development over the last several years.  For example, it excludes the big multi-family area between Cherry & Union & 12th & 18th.  But it includes the strip between 21st & 25th north of Cherry that is mostly zoned for single-family houses.

So for those of you who are in the know and participated in the neighborhood planning exercises, I ask you to educate me:  what was the thinking behind the configuration of the Urban Village?   Does it imply that the zoning within it is likely to change?

And for those of you keeping track at home, the article reports that we are 142% above our neighborhood growth targets for 2024, having absorbed 772 new housing units between 1995 and 2004. Go CD! (as Andrew points out these numbers include permitted projects that may never be built, so take them with a grain of salt)

Update: ktkeller sent me the cool .pdf that is linked to the left, explaining how all the urban villages play together in the CD. 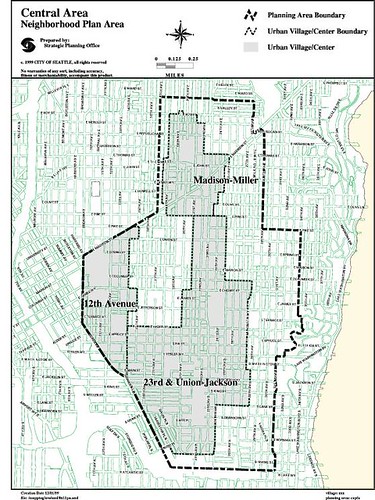