It’s that time of year where a lot of people start getting the itch to go outside and dig through the dirt, planting and growing things that are green, flowery, and/or edible.   But living in the city, not all of us are blessed with either the space or the good southern exposure to get too serious about it.

Luckily, Seattle has its P-patch program, providing a way for communities to acquire, build, and maintain urban plots of land for gardening. (trivia:  The “P” stands for Picardo, the name of a family farm in Ravenna that the city purchased in the 70’s as the first P-patch).   Here’s the idea:  vacant lots and park space are set aside and subdivided into small plots that individual gardeners use to grow whatever they want.

Yesterday I went on a biking tour of neighborhood P-patches with the team that is building a new community garden at 25th & Spring.   The goal of the trip was to see what was going on at the established patches and get a list of tips and best-practices to drive the development of 25th & Spring.  Here’s what we saw:

1.  Immaculate Conception P-Patch – 18th & Columbia – Tucked away to the south of the church’s school buildings, I have walked by this spot more than a hundred times and never noticed that it was there.  It’s a smaller piece of land with 18 plots (leased from the church), but well-tended and with a lot of light.  The average wait for a plot is 6 months to 1 year. 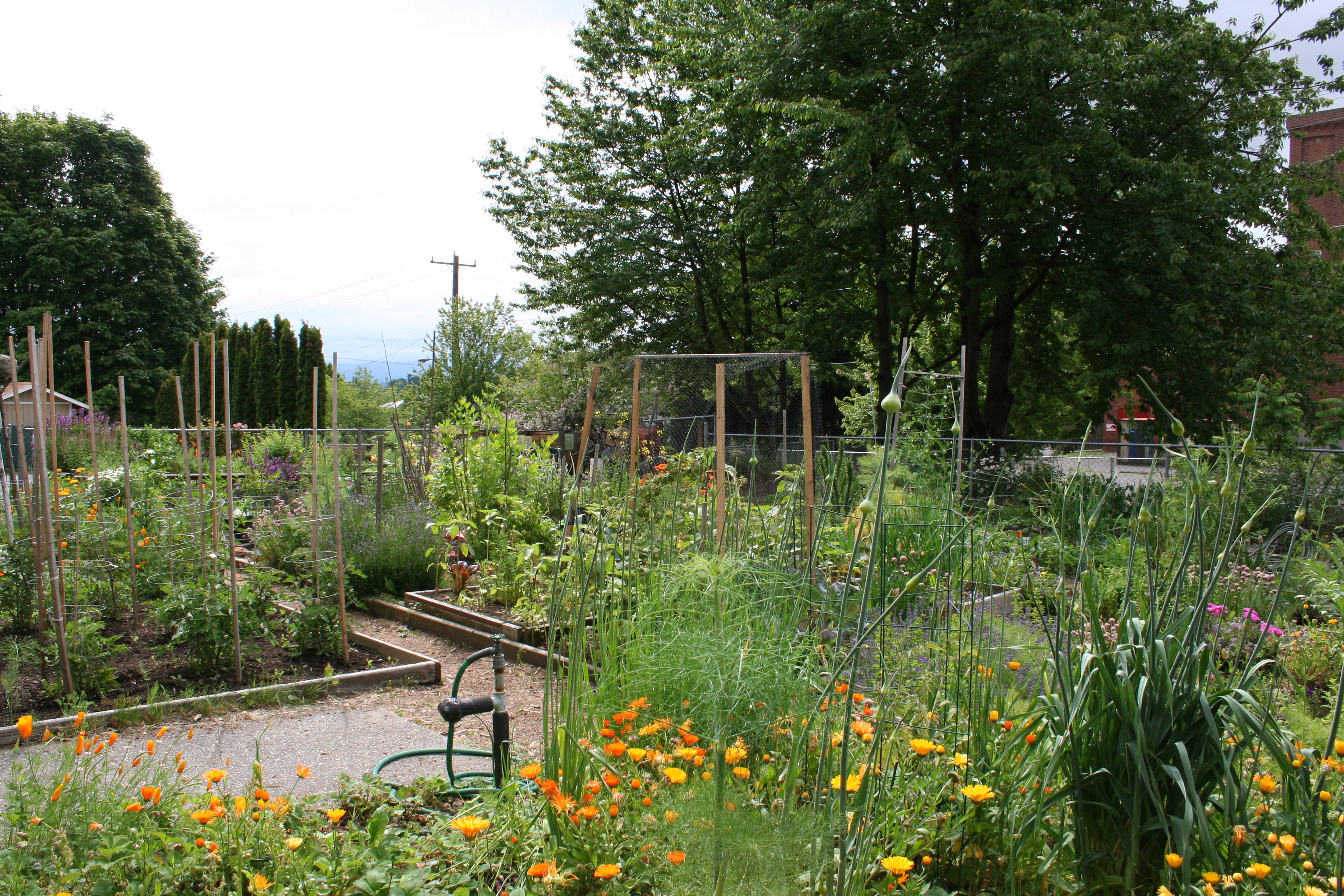 2.  Squire Park P-Patch – 14th & Fir – Located on a big lot across the street from Washington Hall, this one has been a big long-term project for the Squire Park neighborhood.  It has good light and 30 generously-sized plots and with an average wait list of 1 year. 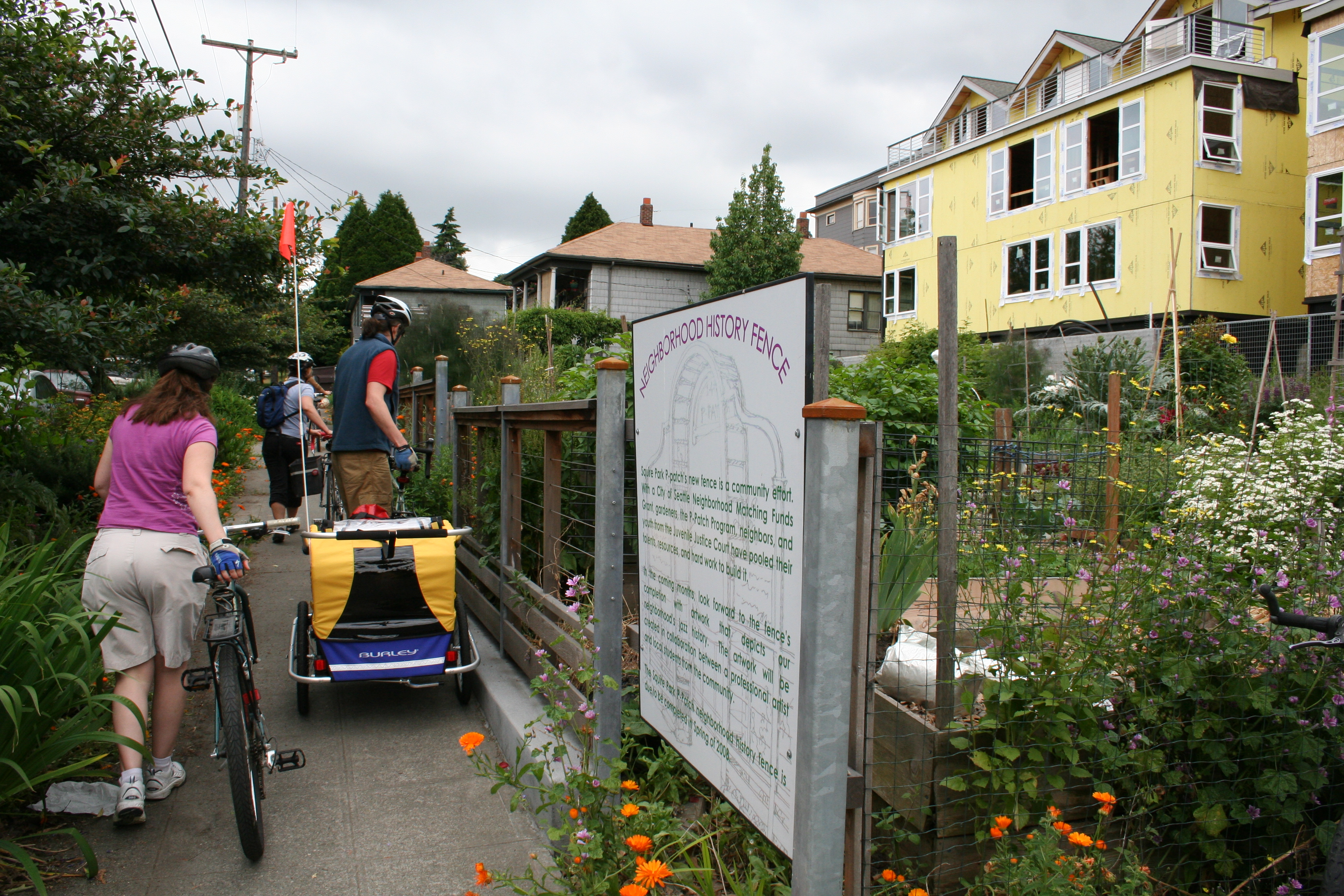 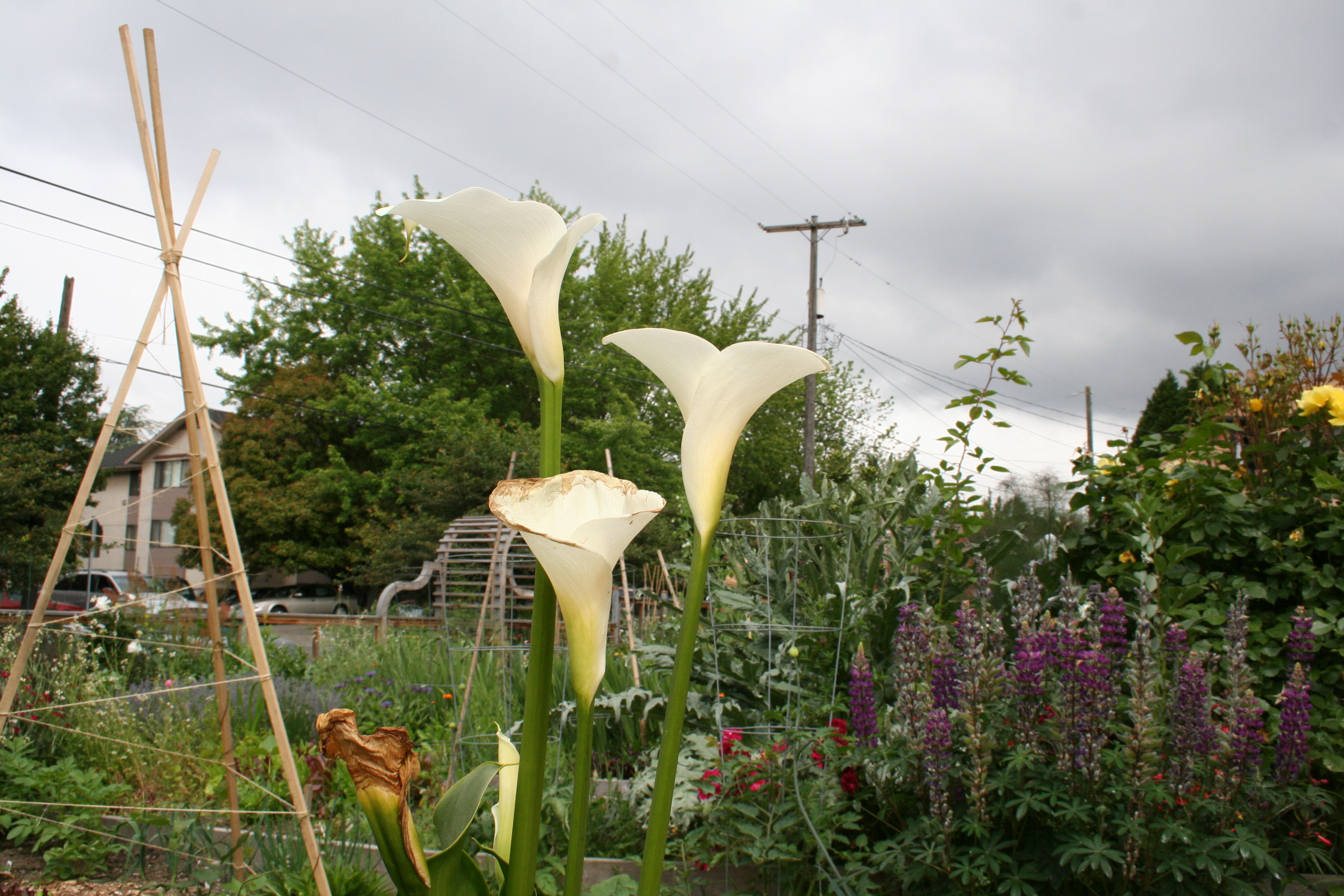 3.  Hawkins P-Patch – This one sits on a hill above MLK, just north of the intersection with E. Jefferson.  Of all the gardens we saw, this one seemed to need the most love, with several large plots that appeared to be unattended. It also has only a 0-2 monthly wait-list if you’re interested in getting involved. 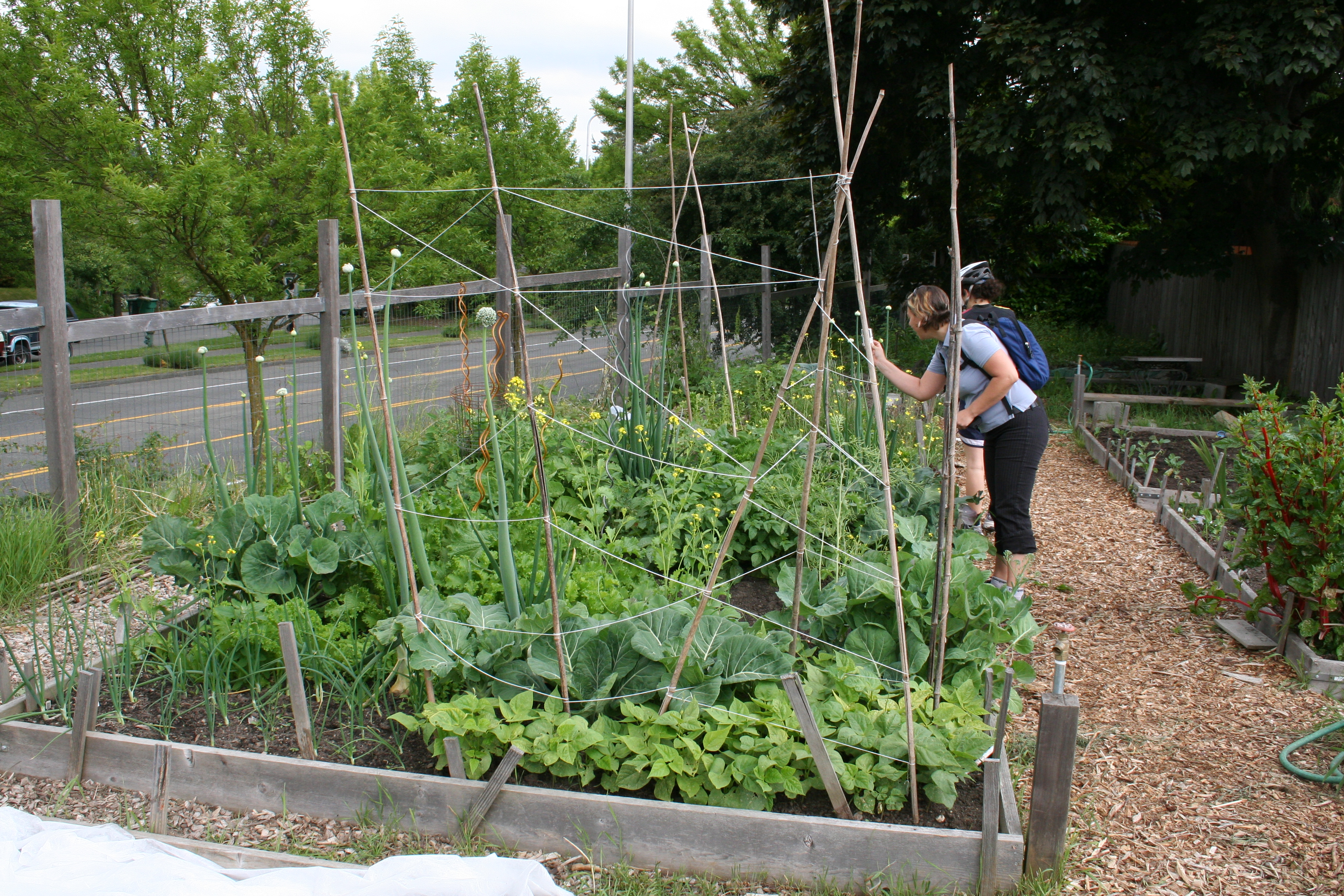 4.  Judkins Park P-Patch – Created from joining two lots into an L-shaped property, this one includes 21 big 10×20 plots.  Here we ran into city councilmember Jan Drago, who was tending to her plot and offered some good advice on how to get a new P-patch off to a good start.  She said one of the the biggest challenges is in the management, insuring that gardeners stay involved and don’t let their plots languish and become weedy nuisances.   Average wait for a plot:  0-6 months. 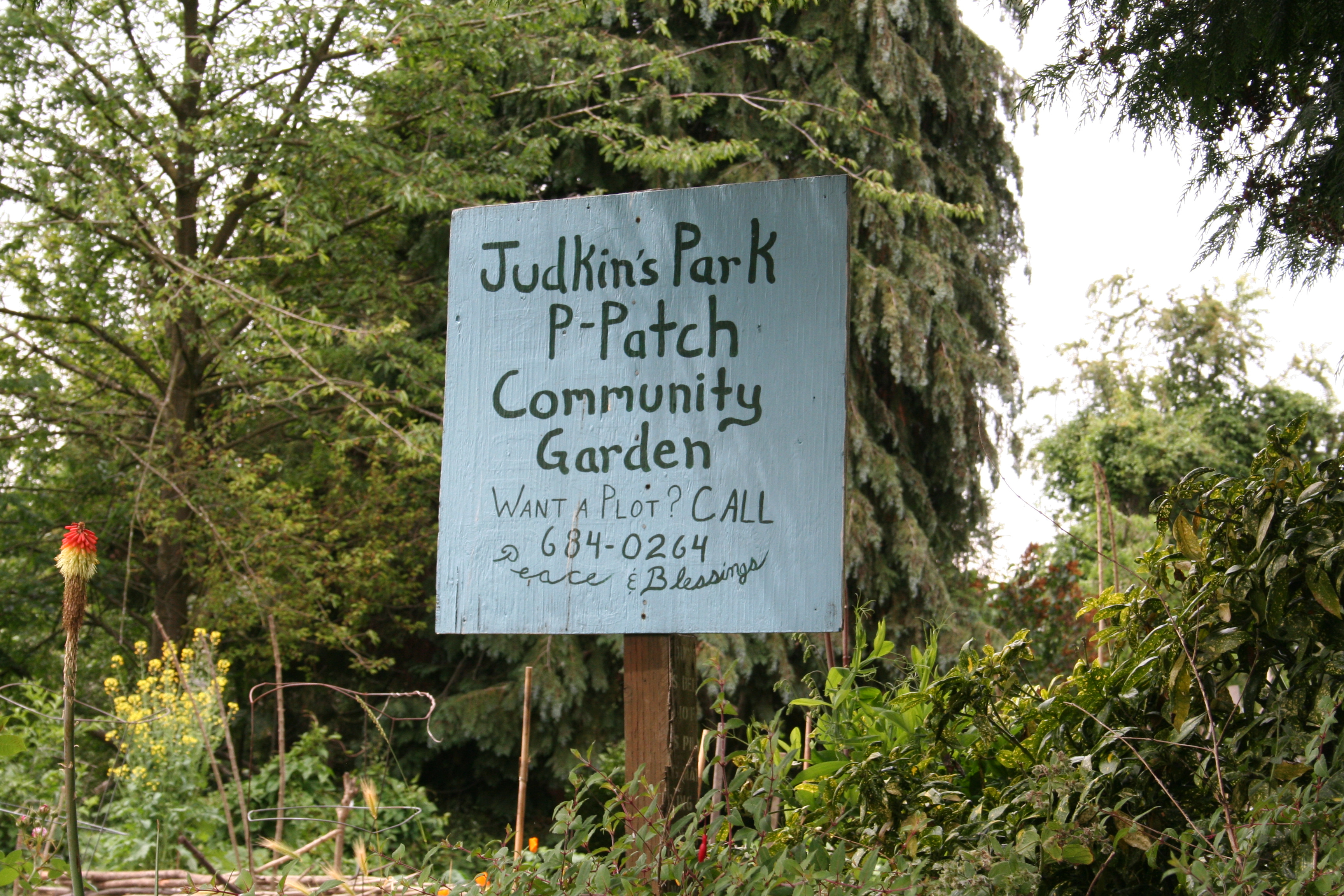 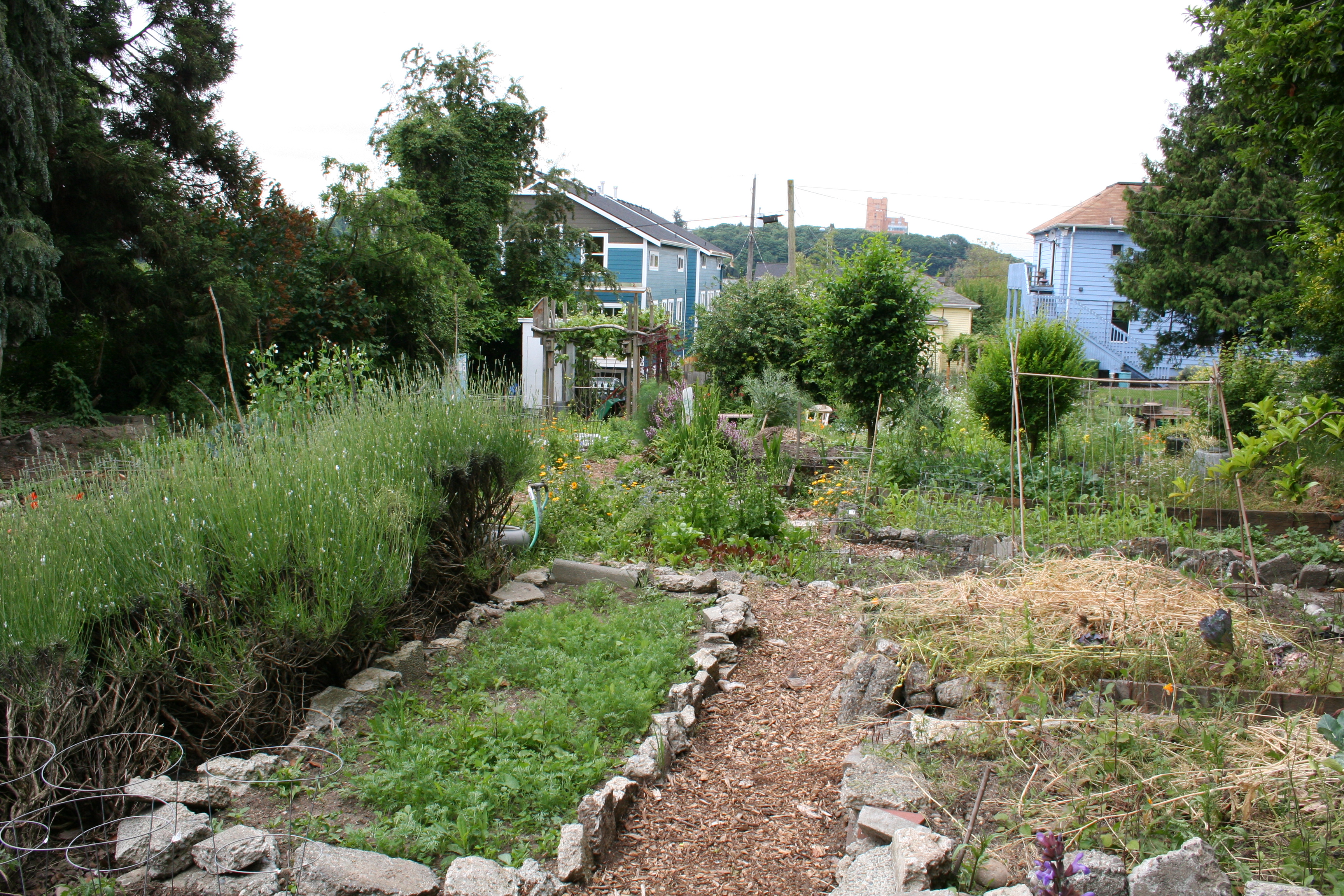 5.  Bradner Park – Apparently the crown jewel of our local P-patches, this sprawling garden stretches over most of a block, with 43 10×20 plots, a meeting space, a central gazebo, and a wide variety of well-executed improvements.  We were met by Joyce Moty, the point person and driving force behind the park’s development.  She told the story of how the neighborhood joined together to keep the city from selling the property to developers back in the mid-90s.  Since then, they’ve received $450,000 of grants and raised another $500,000 for park improvements.  The average wait for a plot at Bradner is 3 months. 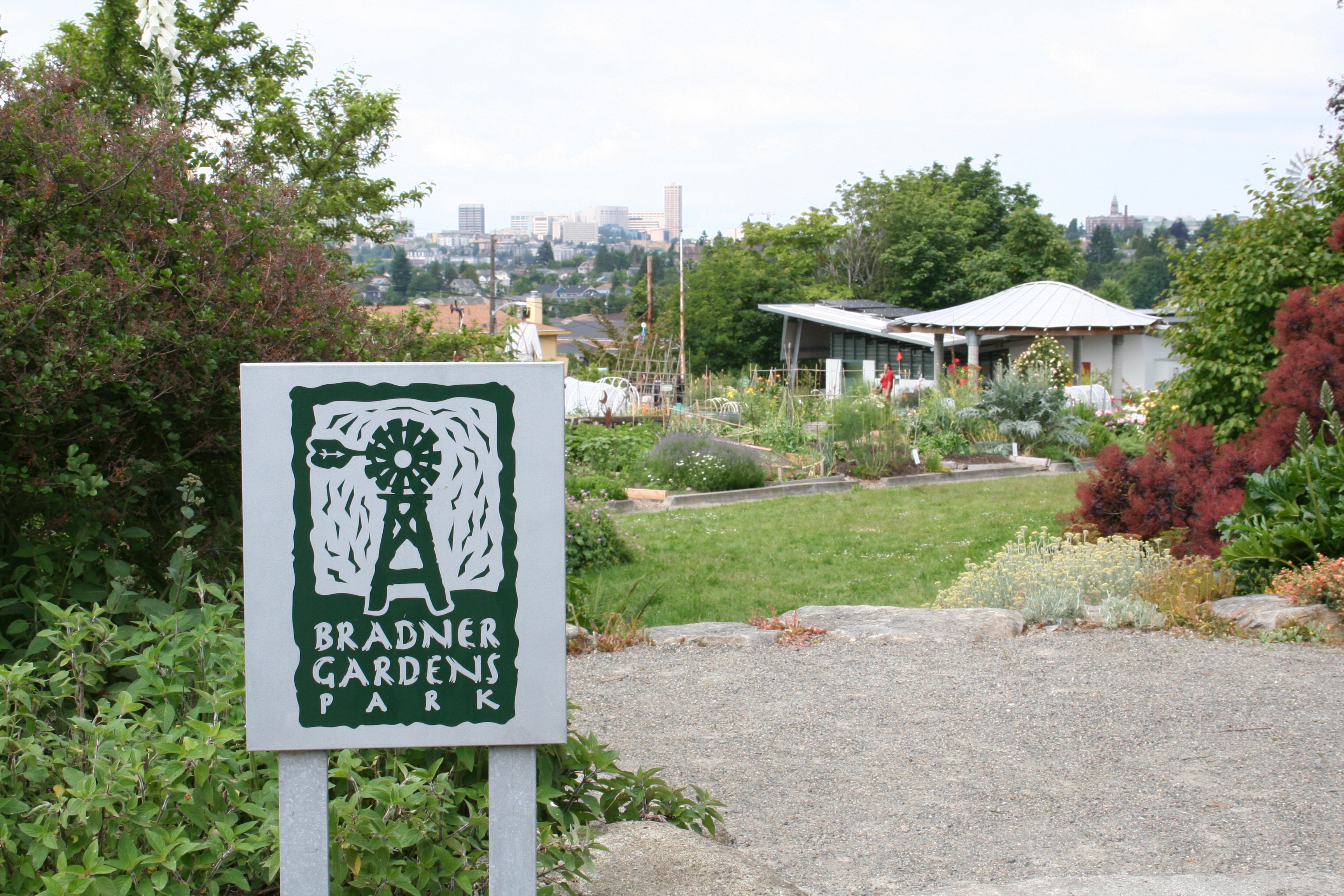 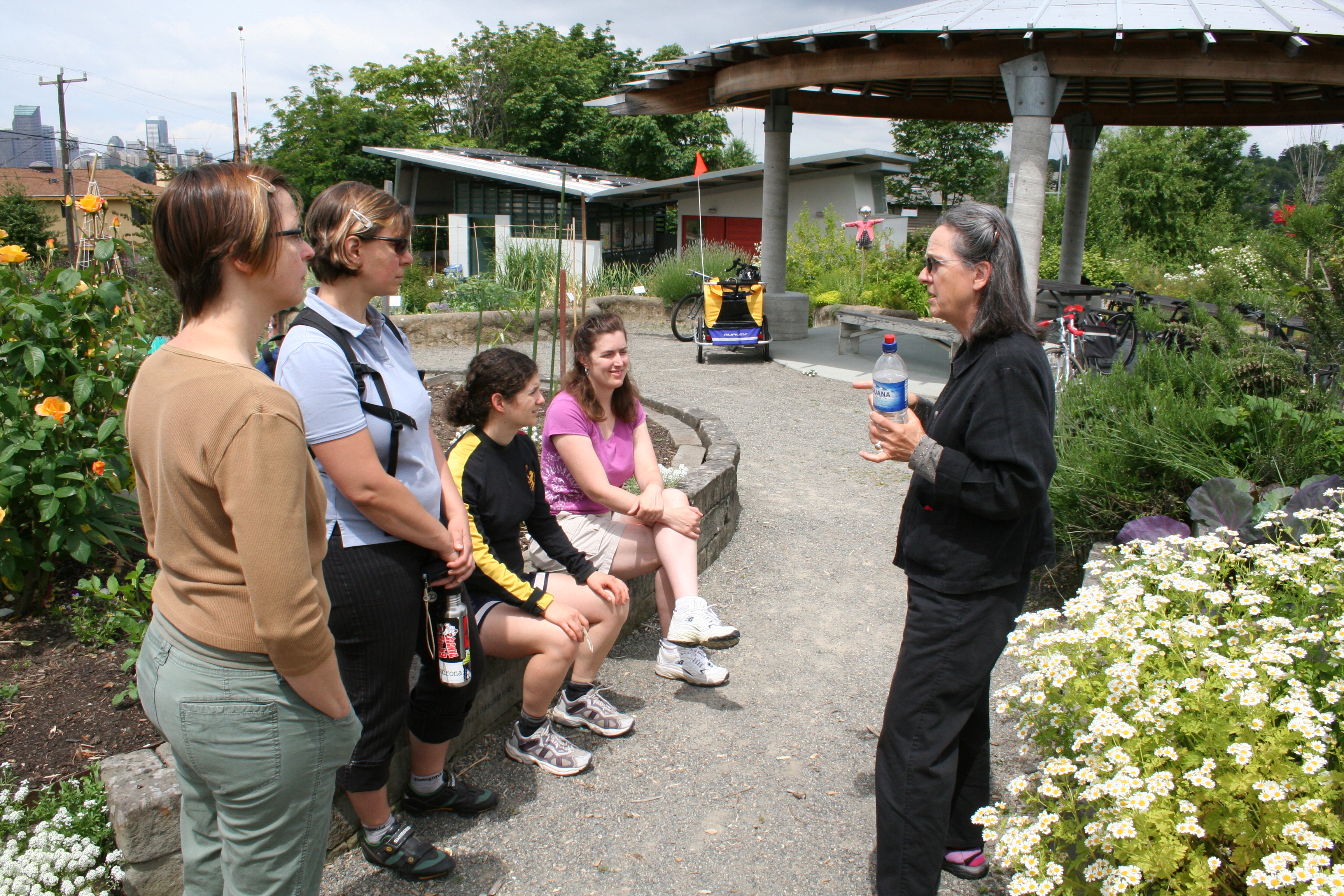 To learn more about P-patches, visit the city’s website.