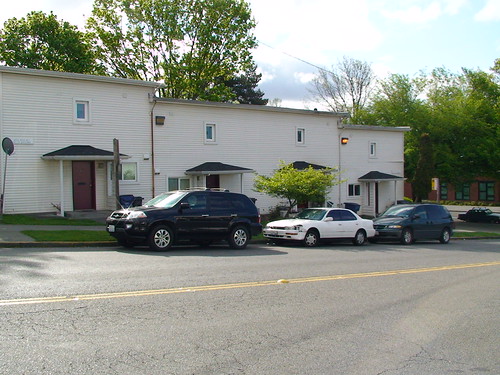 Early this morning at about 4:20am, a man called 911 after finding a woman bleeding from stab wounds in his apartment doorway at 110 8th Ave in the Yesler Terrace housing complex. As police were responding to that call, a man was located nearby at Broadway & Yesler, also bleeding from injuries inflicted with a knife.

Both were transported to Harborview with life-threatening injuries.

According to Mark Jamieson of the Seattle Police Department, authorities believe the two incidents are connected and possibly the result of domestic violence between the two individuals. Homicide detectives are on the scene, continuing with the investigation.

We’re trying to find out more and will update this as we get new information.