All the sirens you might have heard around noon today were for a house fire on the southeast corner of 24th & Aloha. Although it was under control by the time I arrived, it appeared that the most damage was to a first floor room at the rear of the house. Firefighters were actively working to cut through the roof and get through the layer of insulation to extinguish what was left smoldering in the ceiling of the room.

Check back later – we’ve got some video to upload and we’ll try to get more information from the fire department as to the cause, damage, and any possible injuries.

Update: 2:35pm – I just got off the phone with Helen Fitzpatrick from the Fire Department, and she said that the fire was reported by a passer-by who saw smoke coming out of the window just a few minutes before noon. Fire crews arrived and searched the house, but found it to be empty. The fire was under control by 12:18, and there were no injuries. Crews & fire inspectors are still on the scene, but so far there’s no word on a cause. 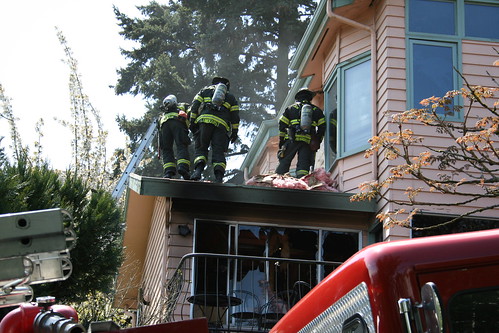 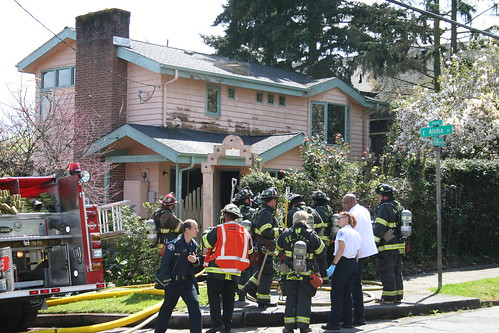 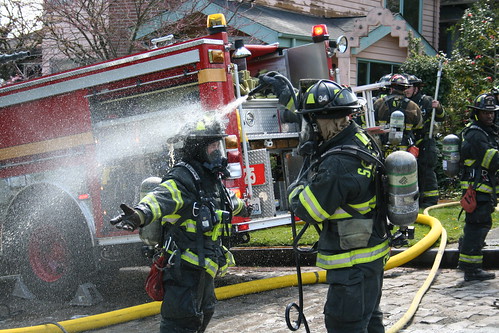