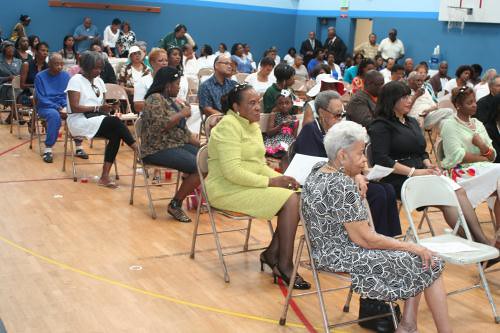 The new Seattle School Board has drafted a new ethics policy to prevent that should, among other things, prevent conflicts of interest in school decisions.

Earlier this year, state auditors investigated whether former Seattle School District Director of Facilities Fred Stevens had used his influence to help his church, First AME, win the bid for the MLK Elementary building (now the MLK FAME Community Center). The audit determined he was not involved in the decision, but it also recommended that the district “establish a process by which its employees can document an official recusal for themselves whenever the possibility of a conflict of interest arises, whether that conflict is in-fact or appearance.”

The proposed policy, drafted by new district ethics officer Wayne Barnett, would replace a decade-old policy that officials classified as vague and noncomprehensive. In particular, the new policy would strongly enhance provisions barring conflicts of interest and retaliation for making ethics complaints.

And, for the first time, the policy would apply to School Board members and all district employees.

Barnett, executive director of the Seattle Ethics and Elections Commission, pointed to the conflict-of-interest provision as the most important change in the proposed policy.

“(The old policy) did bar you from misusing your position, but it didn’t bar you from participating in a matter in which you had a conflict of interest,” he said. “This does.”

The MLK FAME Community Center gym and auditorium are available to rent for free for youth activities. For more information, see the online list of tenants and space rental options.