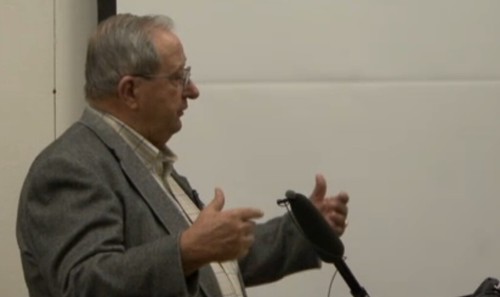 Plans to remove a fence separating a park just north of Madison Park Beach from the waterfront have proven to be controversial among locals, who cite children’s safety and summer parking issues as reasons to keep the fence.

Citizens packed the November 3 Parks Board meeting to express their thoughts on the controversial fence, which has separated the north beach since 1945. A recent Parks staff proposal would increase access to what little waterfront property the city owns, not to mention add more waterfront access within easy access of the Central District.

One commenter wanted to defend the “exclusive” nature of the neighborhood, while another was concerned about property values if “all kinds of other people” came to use the park. Other commenters argued that parks are for everybody, and that the city has experience creating many miles of safe shoreline parks.

You can get a sampling of the comments from Seattle Channel below (it appears some of the comments are missing from the SC website). A decision from the Parks Board is expected next month, and the Parks Department Superintendent will have the final say.

Madison Park Blogger has a summary of the debate:

Those residents of the “surrounding neighborhood” who live closest to Swingset Park, however, are the adjacent condo owners; and they don’t seem to be particularly happy about the new “opportunities” that the fence removal might create for them. Apart from the safety-of-children issue, their apparent principal concerns are parking disruption and the noise and crowding that may result from increased park usage.  It is rumored (and was reported today as a fact by The Seattle Times) that residents have chartered a bus to bring Madison Parkers to tonight’s hearing.  Local opposition to the fence’s removal has been successful in the past, according to the briefing memo, which states that in 2003 a proposal to take the fence down was “shelved due to the volume of negative comments received.”

Since the Parks Department staff acknowledges that the reason for the fence when erected was the safety of children, we asked what has changed since that time.  According to spokesperson Dewey Potter, what’s different now is a change in public attitudes. “Public awareness and interest in public spaces being open to the public is not the same as it was in 1945,” she told us.  The policy of providing maximum access to the the Lake Washington shoreline is what’s driving the process this time.