We don’t have confirmation from police yet but Central District activist Wyking Garrett of Umojafest Peace Center says that a situation at the old Horace Mann school Friday afternoon has resulted in arrests.

According to police radio dispatches, SPD was called to the school now leased by private operator People’s Family Life Center Friday afternoon for a report of a group of people who refused to leave the premises after a meeting was canceled.

Garret tweeted the following message about the situation at 3:26p: 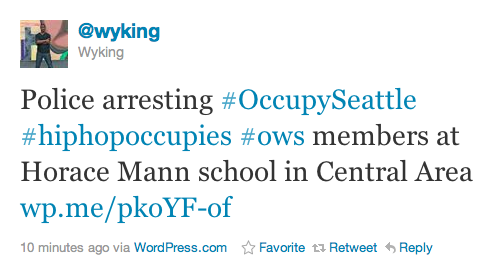