Our news partners at the Seattle Times have compiled maps that show the voting precinct breakdowns for three major statewide races decided this fall. There aren’t any huge surprises for the Central District but it is interesting to note where the pockets of support were strongest for the two initiatives in the mix — liquor privatization initiative 1100 and income tax initiative 1098. More telling is the sea of eastern opposition to 1098 which was defeated — and for Dino Rossi in the senate race. Rossi, of course, was also a loser. Is also a loser? Anyway. Here are the maps shared here by permission of the Times. 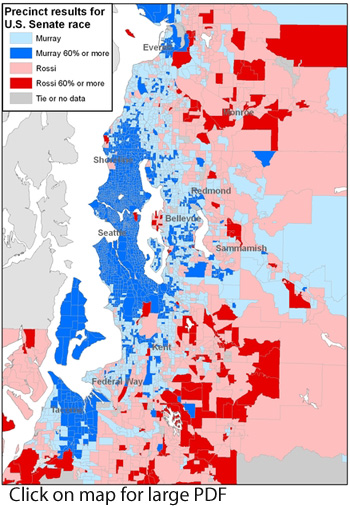 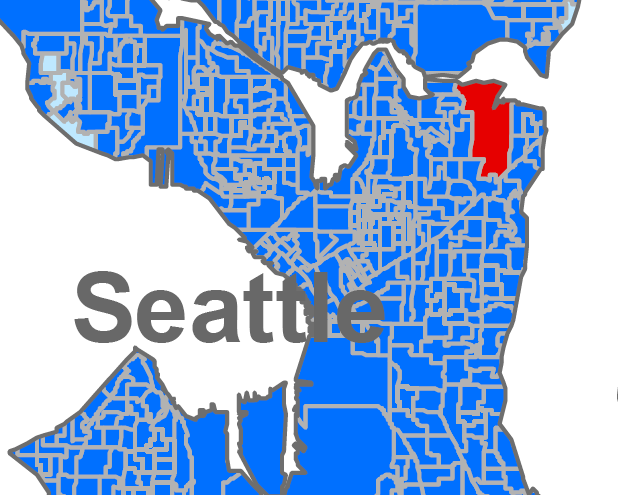 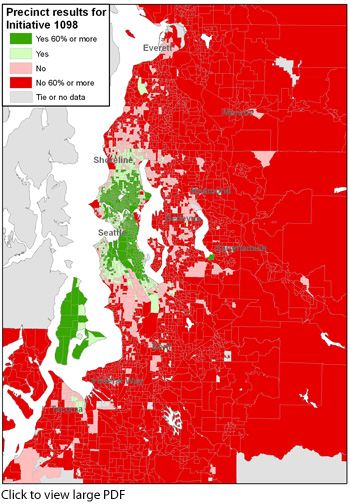 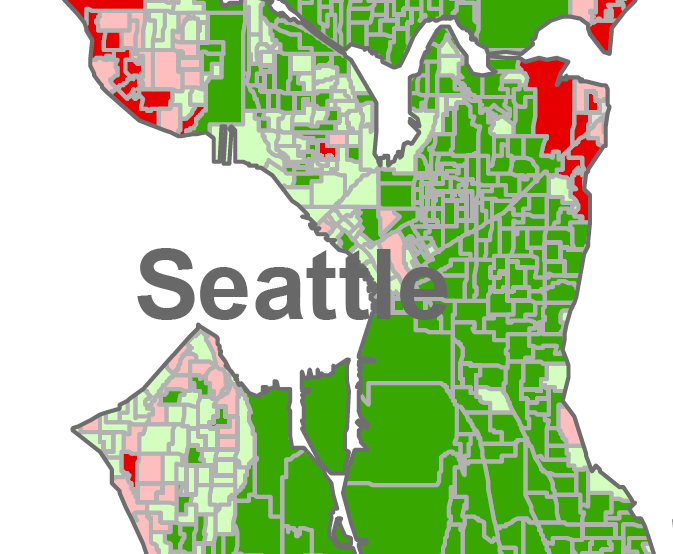 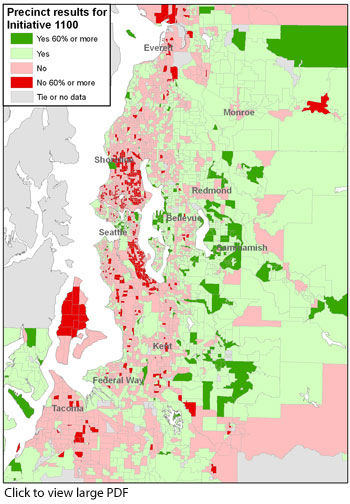 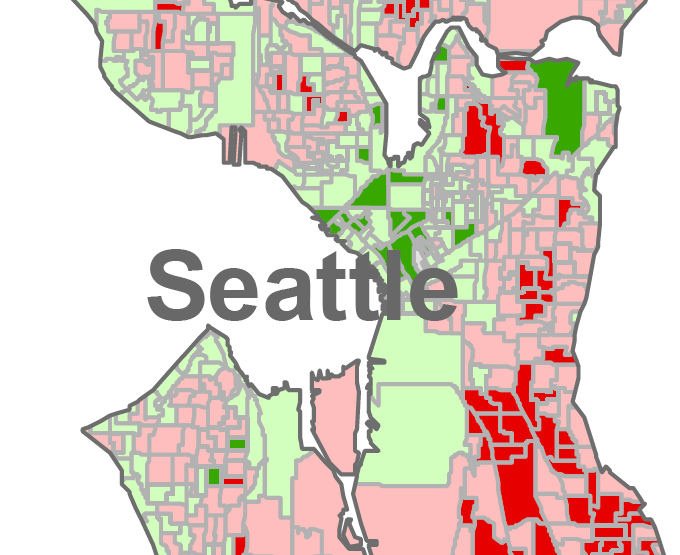 0 thoughts on “How the CD voted: Precinct result maps for statewide races”