Yesler Terrace could be a completely different place in 2014 if all of Seattle Housing Authority’s plans fall into place. The public housing agency has been working since 2007, spending almost $3 million, on a future vision for the nearly 70 year old development that sits on 38 acres of land above I-5 and south of Harborview hospital.

The math is pretty simple: the housing is old and needs to be replaced. But there isn’t federal funding available to do it. So they’ve created a big plan that would add market rate housing and office space to fund the replacement of the existing 561 extremely-low-income housing units and create additional units for low income and workforce housing. 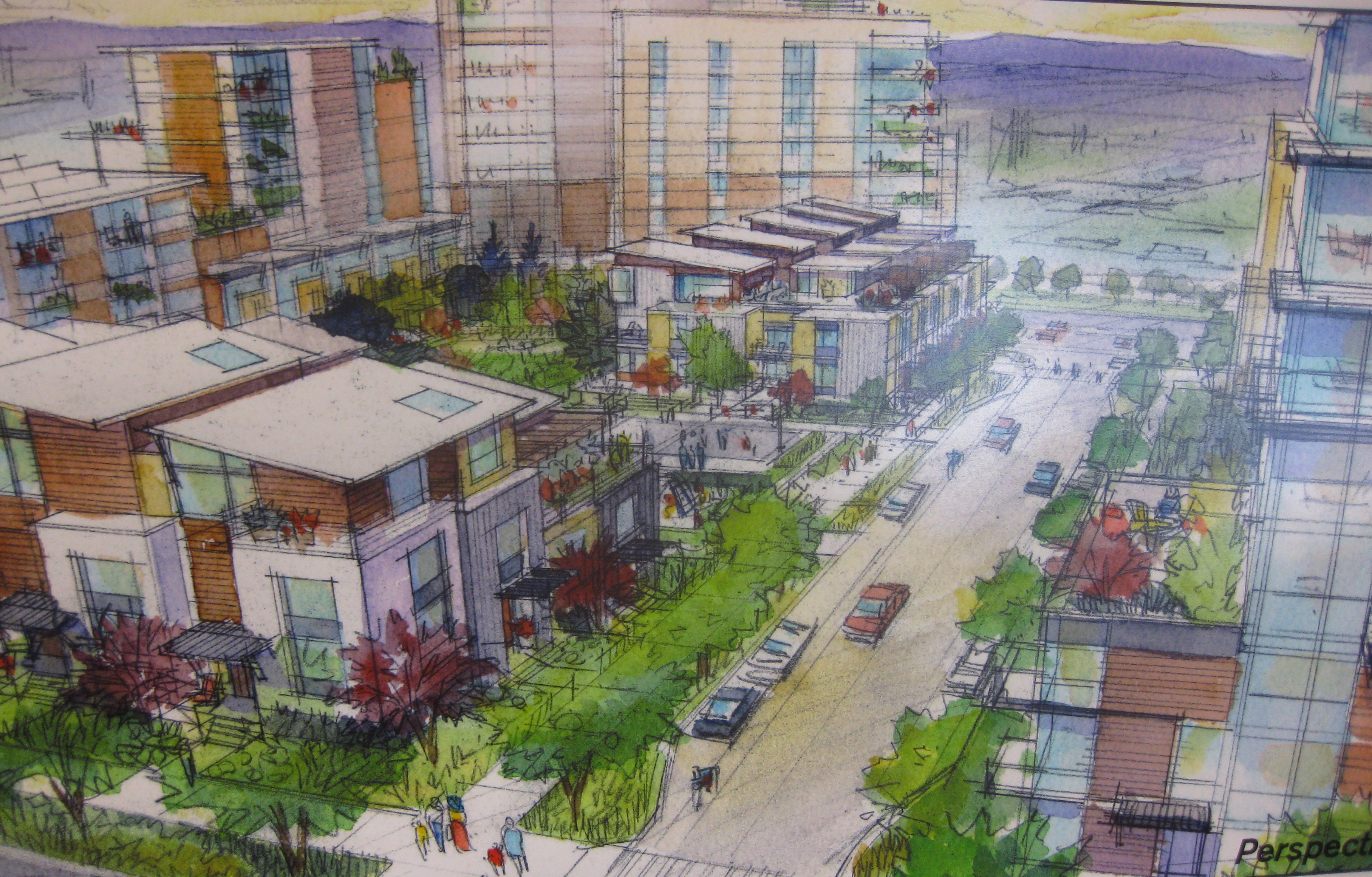 As we talked about before, the benchmarks would see a total of 4000 housing units, one million square feet of office space, and thirty thousand square feet of retail. Towers could rise to 240 feet tall. Five to eight acres of open space would be added, and new streets, pedestrian overpasses, and pedestrian hill climbs would provide new connections to downtown and Little Saigon.

SHA has been collecting feedback on three initial concepts that have a mix of street layouts, distribution of uses, and arrangement of open space. They’ve taken the most popular of those options and are combining them into a “Concept D” that will be presented to the public on November 12th.

Today SHA staff said that the combined concept will include the following features: 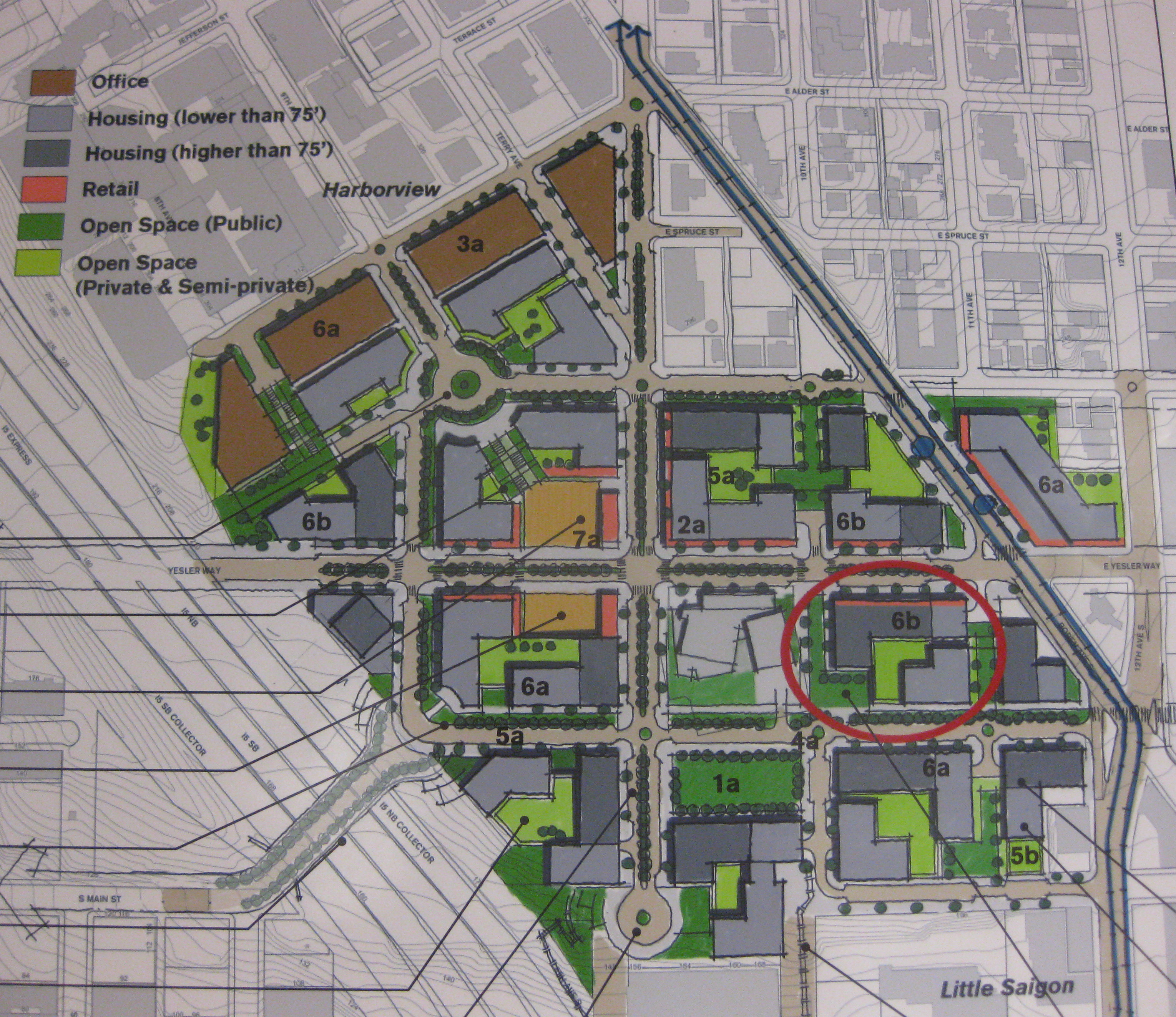 For existing residents, the most important part is that the agency is committing to replacing all existing extremely-low-income units, and those residents will have a guaranteed right of return. The market rate housing and office space will also fund about 200 new units of low-income housing (< 60% of median), and 950 units of workforce housing (< 80% of median), which would all be on site according to the existing concepts.

But a lot of concerns remain. By definition, this project adds density to a place that doesn’t currently have it, so people are nervous about having more neighbors and being a lot closer to them. And people who live at ground level with small backyards are not always receptive to the idea of living in larger buildings, even though all of the concepts retain a significant amount of units with ground-floor entrances and commitments for urban agriculture opportunities within the new development.

More fundamentally, there’s a deep distrust between some residents, activists, and SHA. A person I spoke to at today’s meeting said that they feel like the rug will be pulled out from under them at the last minute, with promises broken, low-income housing moved off site, affordable unit counts lowered, and density further increased from the currently contemplated 4,000 units. That same person expressed some bewilderment that the agency has spent $3 million on planning when there’s a backlog of deferred maintenance with the existing facility, including sewer problems that could take one hundreds units offline at an instant. 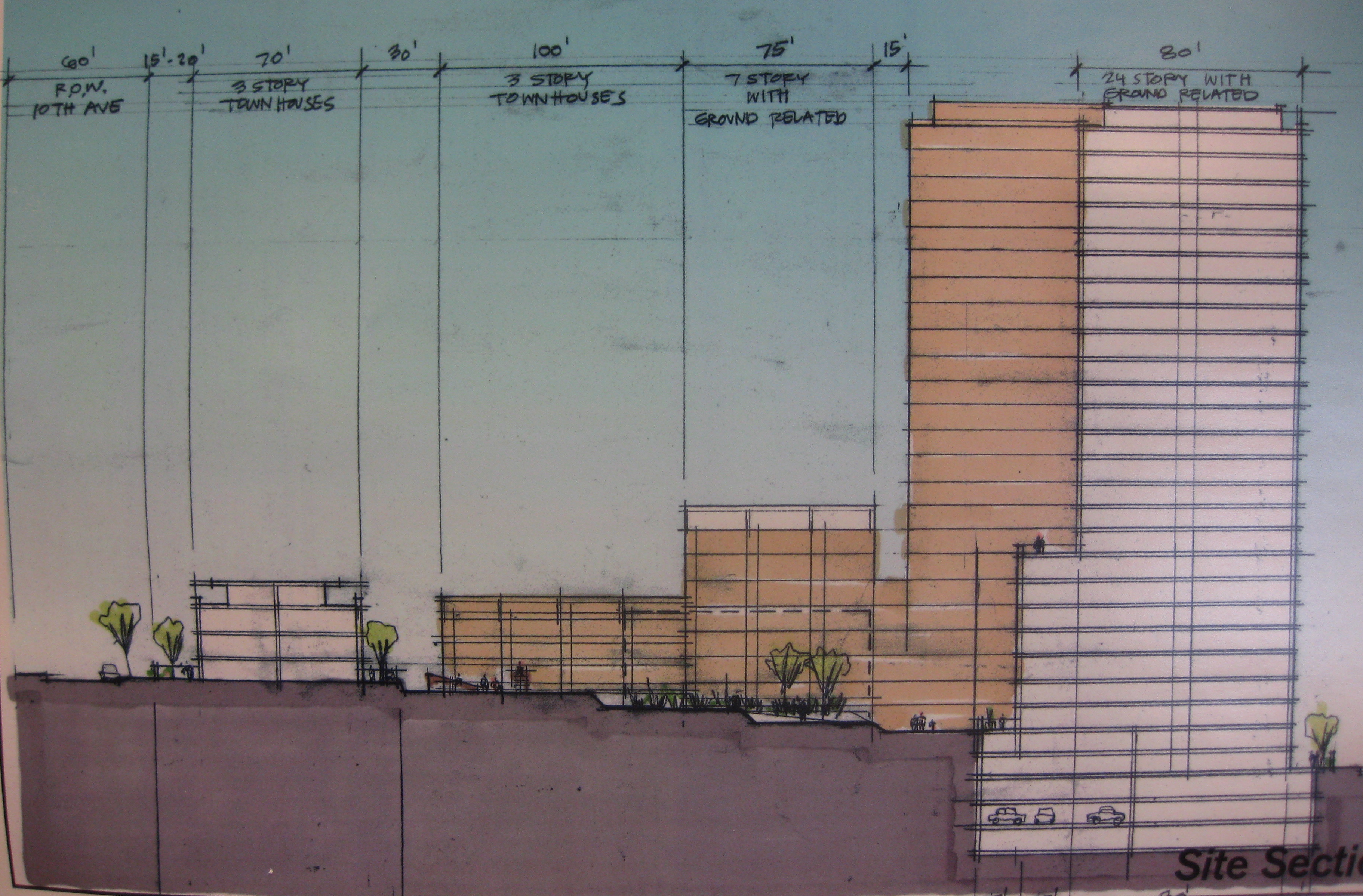 With or without the controversy, there’s a lot of steps before the project can become reality. Environmental Impact Statements will be worked on throughout next year and 2011, studying five different alternatives from do-nothing up to 5000 total housing units (a number that was new to some and invited further suspicion). The agency would then pick an alternative and have to work with the city to change the site’s zoning and get master use permits for the project. That pushes the earliest start date to 2012 or 2013. And the size of the project would require that it be built out in phases over a 10-15 year time frame.